I am writing this second blog while treating myself to a hot chocolate at a café across the river from Ireland’s immigration office. Today is the day I will (hopefully) officially be able to call Dublin my home away from home! Despite not having the official paperwork, yet, Dublin has certainty begun to feel like home as I have gotten into a rhythm of classes, sport practices, chilling at Binary Hub, and wandering around town with friends.

END_OF_DOCUMENT_TOKEN_TO_BE_REPLACED

Being in Ireland for St. Patrick’s Day feels an awful lot like being in the United States for the Fourth of July, sans warm summer weather and fireworks. But as an American, St. Patrick’s Day felt even more magical than that, maybe because of the Leprechauns and Pirate Queens, but more so because of the spirit and excitement even the Irish have about celebrating and getting the day to spend time with others. Yes, Dublin City – Temple Bar especially – is filled with tourists and teenagers looking for silly ways to spend the holiday, but there are so many ways to celebrate and enjoy this holiday without finding a pub or trying to squeeze your way through Temple Bar, with everyone and their brother, that night!

END_OF_DOCUMENT_TOKEN_TO_BE_REPLACED

Cork is the capital of the South West, the perfect place to enjoy life to the fullest, just 2.5 hours by train from Dublin! The city centre is built on an island, embraced by the River Lee and spanned by many bridges. Cork has numerous pedestrian walkways flanked by smart boutiques and vast department stores, but also theatres, museums and some of the best art galleries in Ireland. At every corner you can find an amazing panoramic view!

END_OF_DOCUMENT_TOKEN_TO_BE_REPLACED 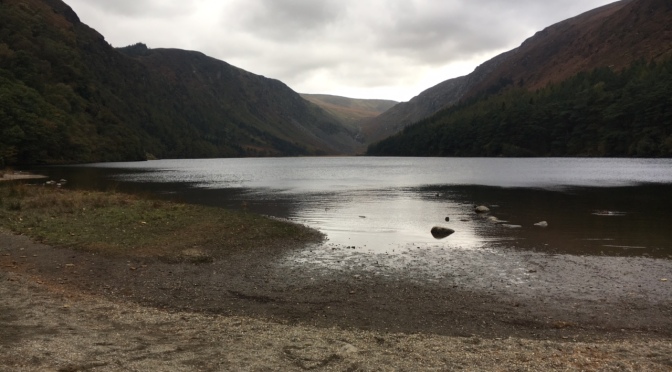 One of the best parts of being on exchange in a country I’d never visited before was the chance to explore all of it! Ireland is a beautiful country with a lot of history and atmosphere to absorb (and best of all, a lot of castles). Here are the spots I was lucky enough to visit over my time here, to provide you with a little bit of inspiration.

END_OF_DOCUMENT_TOKEN_TO_BE_REPLACED

It seems like I just arrived in Trinity College but it has already been 3 months since my adventure here started. I had never been to Dublin or Ireland before so I didn’t know what to expect. I just got on the aeroplane and hoped for the best. It was the best decision I’ve ever made.

END_OF_DOCUMENT_TOKEN_TO_BE_REPLACED

My name is Jessica Murphy and I am a rising sophomore at Brown University from New York City. I am still not sure what I am majoring in—or as we call it, “concentrating”—but I am interested in fields ranging from international relations to development studies. In fact, I was initially drawn to the Brown/Trinity summer study abroad programme in Dublin because of my interest in political science. The possibility of studying contemporary international politics, participating in an internship, and living in a completely new country sounded like a remarkable opportunity. I am so glad that I decided to sign up, because it has truly exceeded my (already high) expectations! Dublin is a fascinating city with a rich and layered past, and I have really enjoyed learning and exploring every single day.

END_OF_DOCUMENT_TOKEN_TO_BE_REPLACED

“I cried,” my sister said, sheepishly admitting to getting emotional while listening to the “Outlander” soundtrack as she and her boyfriend drove through rural Ireland on their way to visit me in Dublin.  My sister and I grew up in suburban southern California, where the only sheep we saw on a regular basis was the puppet Lamb Chop and where nearby historic sites consisted of late 18th century Spanish Catholic missions. Where San Diego is dotted with palm trees and coastline, Dublin is blanketed in nature and history and rain. I mocked my sister’s emotions as an older sister should, but I couldn’t deny that Ireland was beautiful. Four weeks earlier, I’d found myself staring out the airplane window over Ireland and thinking that this surely embodied “picturesque”. I wasn’t quite sure if it was the 18 hour travel, the lack of sleep, the rabbits hopping around the runways, or the impeccable timing of an early morning arrival to catch my first Irish sunrise, but everything felt surreal.

My nine weeks in Dublin have been grand. I’ve learned to use a French press, broken a French press, almost been pancaked by bike and bus, claimed a couch in the Rathmines library as “my spot”, and was visited by Irish immigration (more on this later). I’ve enjoyed all my small culture shock moments because they personify both the fun and the difficulties of assimilation. Here are a few of my observations, experiences, and culture shock moments:

END_OF_DOCUMENT_TOKEN_TO_BE_REPLACED

A modern look at an historic university.

My Tweets
The World of Trinity
Blog at WordPress.com.